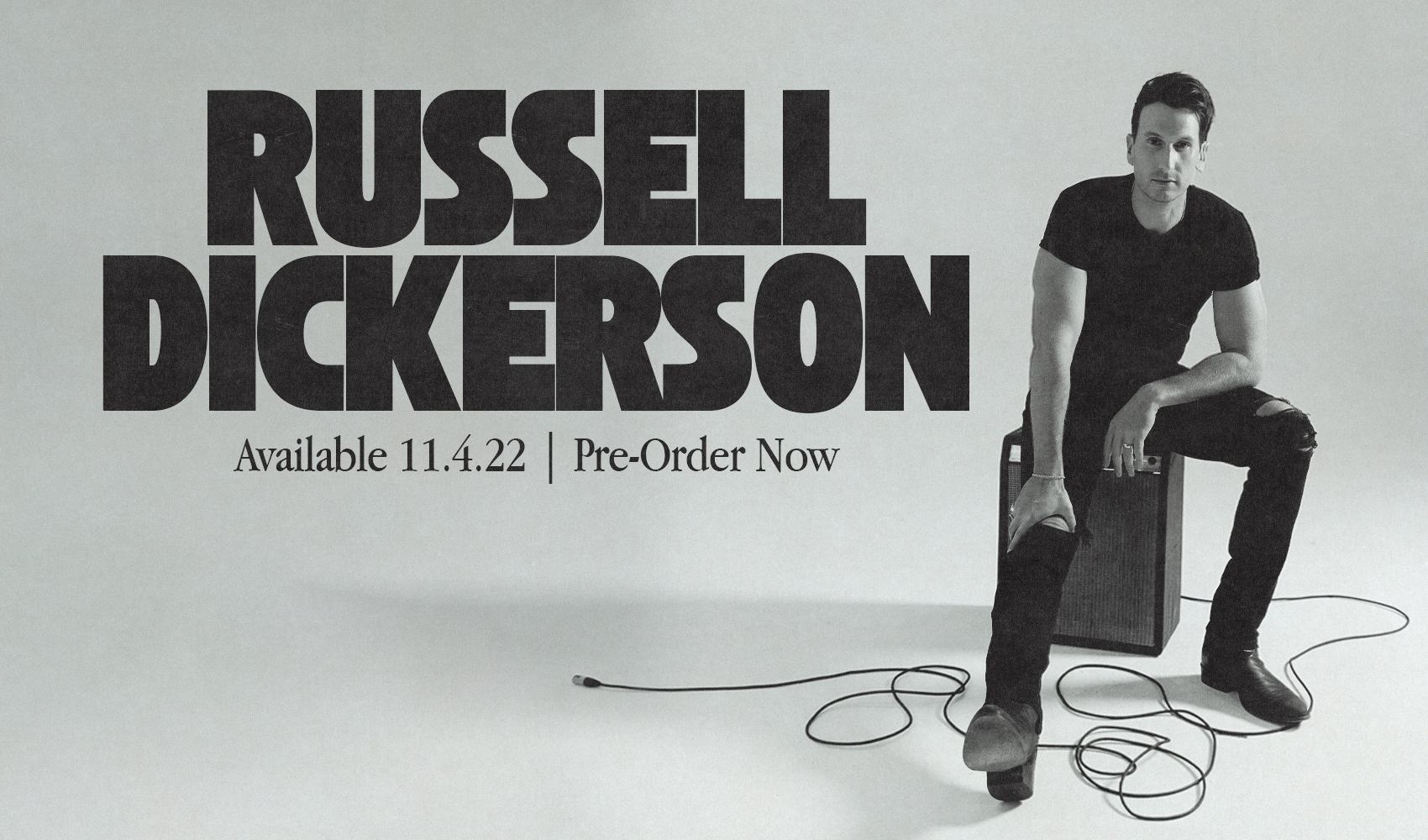 Russell Dickerson is set to release his third studio album, a 15-track self-titled project, RUSSELL DICKERSON, on November 4.  Marking the follow up to a series of four Platinum or better Number One hits, each one burning with the intensity of a romantic blowtorch, Dickerson’s upcoming album takes that same heat and lights bold new fires, all over his life.  Soul-mate symphonies wrapped in epic country devotion. Bangers with all the swagger of a free spirit, plus the steady hand of a family man, and stadium sized small-town anthems, built on forever-young thrills yet tempered by the wisdom of time. It’s the work of a rising star who’s already been rewarded for opening up his soul, and is now giving fans the full picture. A brand new track, “I Wonder,” is out today, featuring powerful production and a driving melody with the highly relatable experience of feeling haunted by the “what-ifs” after a relationship ends. To get the new track, pre-save and pre-order RUSSELL DICKERSON, click here.

“No matter how far we get into this, I want people to know it’s still me,”  Dickerson says. “I’m still the hyper, outgoing, fun-loving, crazy dude on stage. But also these songs are so meaningful to me. It’s not all hype and smoke and lights. I am a songwriter, I trust my instincts, and now my instincts are telling me to share 100-percent me, and creatively just let it flow.”

A co-writer on all 15 tracks, Dickerson also served as co-producer alongside Dann Huff, Zach Crowell, Casey Brown, Josh Kerr, Ben Johnson and Alysa Vanderheym, capturing that “100-percent me” element by freely fusing different genres and different eras into country textures just as vibrant as his big personality – and they certainly stand out, even in today’s format. The first and most obvious example “She Likes It” (with Jake Scott), a slinky, lusty slow groove with an unapologetic R&B sound is the fastest-rising song of his career to date and continues to climb the Billboard Country charts. Elsewhere Dickerson takes love out of the equation, taking the same authentic approach to nostalgia that he does to romance. Chest-thumping tracks like “I Remember,” “Blame It On Being Young,” “All the Same Friends” and “Beers to the Summer” capture forever-young fun like a country-pop polaroid, while “Big Wheels” revs up a gravel road guarantee that he’ll never get beyond his raising.

Likewise, passion still courses through the veins of Dickerson’s love songs, feeling just as tactile and adventurous as ever. “She’s Why” captures the playful side of a mature relationship, and with “18,” Dickerson taps into pulsating ‘80s pop, using the throwback energy to imagine going back in romantic time. But for as much fun as Dickerson has – and anyone who’s seen him live knows that’s a lot – his straightforward honesty shines brightest. Tracks like “God Gave Me a Girl” follow the same blood-rushing arteries as his heart-pounding breakout hits.  Now three albums in, it’s proof positive that Dickerson has found his mark, and hearts-on-fire authenticity is the name of his game.

A Tennessee native from a musical family, there’s no question that Russell Dickerson has made a name for himself in recent years. After graduating from college, Dickerson felt called to take his music on the road, cutting his teeth while playing shows across the US, frequently for small audiences and an even smaller paycheck. That same drive has made Dickerson the first artist to release four consecutive career-starting singles that reached No. One on the Biillboard Country Airplay chart since Luke Combs. He also joins Combs as the second solo artist and fourth act overall to have four or more singles reach No. One on the Country Airplay chart since its inception decades ago. Those back to back chart-topping singles include “Yours” (3X Platinum), “Blue Tacoma” (2X Platinum), “Every Little Thing” (Platinum), “Love You Like I Used To” (Platinum) and most recently Dickerson’s current single “She Likes It” ft. Jake Scott has already been certified Gold with 170 millions streams to date. This Fall, he will embark on a sold-out tour in the UK and headline a tour throughout the US starting in November. For more information and for a full list of tour dates, click here.